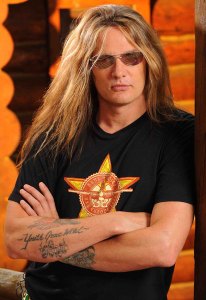 Sebastian Bach wants Skid Row to change their name – because the longer they continue without him the more damage they’re doing to the band’s reputation.

The singer was fired in 1996 and Johnny Solinger was eventually hired as his replacement. The only two remaining members from their classic era are bassist Rachel Bolan and guitarist Dave Sabo.

Bach and Bolan have repeatedly said there’s no chance of a reunion. But now Bach underlines his belief that his former band shouldn’t be using the name he helped make famous. 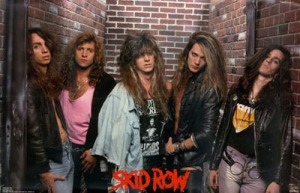 The singer tells Sonic Shocks: “It bothers me, because they’re wrecking the name.

“If they called themselves something different then we could save the name of Skid Row as something cool. But whatever – I can’t control it.”

Bach is poised to release new solo album Kicking and Screaming in September, in which he records how he’s learned the importance of love through a difficult divorce with childhood sweetheart Maria Bierk.

He says of the album cover: “It’s the goddess Kali: she’s got eight arms and she’s dragging me into hell and cutting me with knives, and that’s kind of what the divorce feels like.

“A lot of rock’n’roll songs were written about girls and relationships, and a lot of the songs on this record have to do with breaking up or finding love.

“My parents got divorced when I was 10 years old and I swore to God it would never happen to me. Now it’s happening, and that’s just life. As you get older you find out that love is the most important thing. It is to me, and that’s what I was writing about on this record.”

And the singer reveals he has to work on his trademark voice to keep it on form: “When I have a gig I start two weeks before, getting my voice ready. I do scales – Italian opera scales. It’s a style of singing that goes back to the 1700s and it keeps my voice ripping. It really makes it strong. The more you sing properly the stronger your voice gets.” 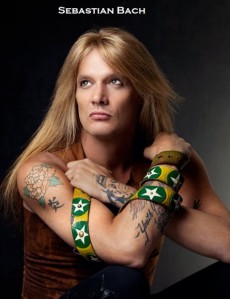 Things are busy in the Sebastian Bach camp these days.

Earlier this month, Bach finished up mixing and mastering of his next solo album, “Kicking & Screaming,” due September 27.

Two weeks ago, the singer was reviewing extras for the release.“Working on bonus materials for CD Deluxe Editions!,” said Bach. “This will include unreleased songs, alternate mixes, & a bonus DVD ! With ProShot live concert footage! Going through footage now.”

“We are actually going to have three videos, but one of them is mainly live in concert,” says Bach. “So, we shoot two concept videos tomorrow and then run through the third song to intersperse the live footage with studio video footage,” adding, “It’s gonna be a fun day.”

The follow-up to 2007’s “Angel Down,” “Kicking & Screaming” was produced by Bob Marlette and features guitarist Nick Sterling and drummer Bobby Jarzombek.