After hearing many people saying their reasons why not go to the show, like Ozzy can’t sing no more, Bill Ward is not on the drums. They are too old and don’t sound as good as they did, and more. I just wanted to prove all these people wrong and sure I did because Ozzy may not move to much on stage, but hell he can sing, and when he moves, it will take a laughter out of you. It is also true that Bill Ward is not on the drums anymore and without him the Black Sabbath reunion was never going to be a real reunion, but Tommy Clufetos performed amazingly through the whole show including his killer drum solo that created the biggest ovation from the crowd during the 2 hours of concert. And well, they might be old but they rocked harder than many young bands full of energy. Remember Black Sabbath is the reason why they play and sound like they do.

The sound of the sirens is the notice that War Pigs is beginning and got all the people who were in the sides of the venue getting  beer or eating something to run and not miss anything from this show. War Pigs is such and anthem to Sabbath fans that anyone in the crowd will be singing the lyrics and so they did. the whole first verse of the song was a duet between Ozzy and the crowd. Ozzy will be singing “Generals gathered in their masses” and let the crowd sing followed the next line singing “Just like witches at black masses” and so on till the end of the verse. The connection between the the band and the crowd is what makes a concert memorable.

I have always been a fan of Geezer, as the backbone of Sabbath you can feel his powerful presence in the band. You don’t need to wait till NIB so you can see him kill the bass. he always do and during the whole concert his performance was outstanding. Despite being in one of the most influential bands of all time I believe that Geezer is an underrated bass player. He deserves more attention as a musician. he is not a flashy player but he can kick ass by doing it.

Tony Iommi was on his usual consistent all the way during the concert. we all know he has been through some bad moments of his life lately with the development of his cancer, but as Ozzy said “He is Iron Man.” he performed as everyone expected from the guitar god he is. His killer riffs made everyone move their head at the rhythm of his strings.

And there is a very special mention in this review to Tommy Clufetos. He is definitely not Bill Ward, but he is Tommy Clufetos and he played Tommy Clufetos way. His power behind the drums felt amazing and Black Sabbath with his drumming bonded perfectly. His Drum solo was amazing. I’ve seen many drummers perform their solos live, from Tommy Lee to Neil Peart, and I got to say that this one is one of the best ones I have ever seen live. The crowd reacted awesome during his solo and he also made people interact with ovations from the crowd every time he putted his drumsticks up.

Overall the show was totally memorable and I feel proud i got to see Metal Gods Black Sabbath perform live. In the future I don’t think i will have another opportunity to see them live and being my first one and probably and sadly the last one, I am glad the show was better than my expectations. Black Sabbath blew mi mind musically the first time I heard them as a kid, and totally kicked ass seeing them live as an adult.

After the “Bill Ward Crisis” and the whole drama on the reunion of Black Sabbath, they finally returned to the stage at the O2 Academy in Birmingham, England for their intimate show to a crowd of about 4,000 people in the town that saw the birth of Metal.

This show was definitely a warm up for the Metal Legends, and having a intimate show in their hometown. With only 4000 lucky people that got to see the show that sold out 10 minutes after the tickets were out.

TOmmy Clufetos, was the replacement for Bill Ward, and it wasn’t a problem for him getting in the back of the stage and perform with Sabbath since he is the current Drummer for Ozzy’s Solo band.

The band played a set of over 18 of Black Sabbath’s classic songs. the set list was the following:

After the show, bassist Geezer Butler took to his website to thank the fans for the evening, saying, “Thank you, thank you, thank you Birmingham. Best fans ever – you brought out the best in us. It was a privilege playing for you tonight. Tony was a hero – you were the best medicine he has had. Proud to be a Brummie.”

The next shows performed by the band will be at the Download Festival and at Lollapalooza later in August this year in Chicago.

SiriusXM listeners will hear Ozzy present music as well as share personal stories about his career as a solo artist and as front-man for Black Sabbath. The channel will also air shows and specials hosted by Ozzy family members, Sharon, Jack and Kelly.

“After everything I’ve been through in my career I never imagined I’d end up with my own radio channel on SiriusXM. This is fucking amazing! Does this mean I can play whatever I want?” said Ozzy Osbourne.

“No one represents the evolution of hard rock and heavy metal more than Ozzy Osbourne,” said Scott Greenstein, President and Chief Content Officer, SiriusXM. “We know Ozzy’s Boneyard will be alive and kicking.”

Ozzy Osbourne recently announced that Black Sabbath has reunited to record their first new studio album in 33 years and that the band will launch a world tour in 2012.

For all the Metal bangers out there here is the best news of 2011! Black Sabbath’s Reunion with Ozzy Osbourne is On.

Friday 11/11/11, The original line up made a Press conference at the Whisky a Go Go in the sunset strip exactly at 11:11 local time.

The Band is reuniting for new material and a new world tour. They also confirmed that they are headlining the Download Festival 2012.

Why now? “It was now or never, really. We have some great music to play.” -Tony.

“The stuff that Tony’s been playing is brilliant.” -Geezer

Well it seems that Black Sabbath is going to have a busy 2012 while we, the fans, are going to get to enjoy their reunion! God Bless Heavy Metal 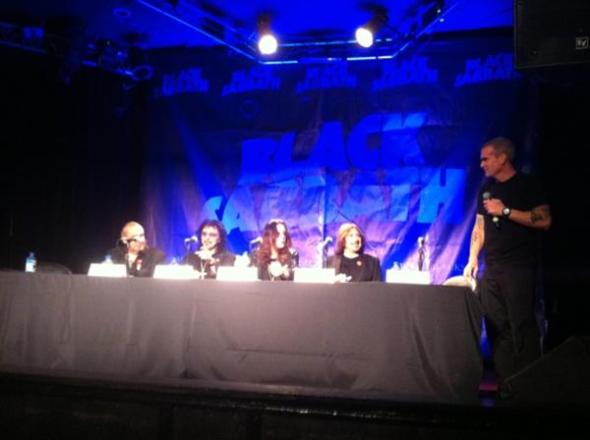 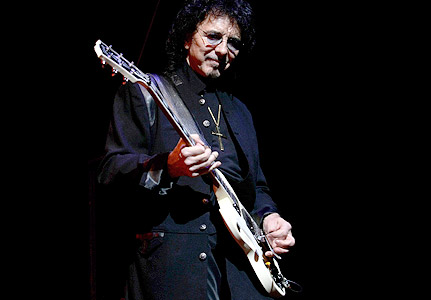 I’m saddened that a Birmingham journalist whom I trusted has chosen this point in time to take a conversation we had back in June and make it sound like we spoke yesterday about a Black Sabbath reunion.

At the time I was supporting the Home of Metal exhibition and was merely speculating, shooting the breeze, on something all of us get asked constantly, “Are you getting back together?”

Thanks to the internet it’s gone round the world as some sort of “official” statement on my part, absolute nonsense.  I hope he’s enjoyed his moment of glory, he won’t have another at my expense.

to my old pals, Ozzy, Geezer and Bill, sorry about this, I should have known better.

All the best, Tony

The original lineup of Black Sabbath has reunited and will release a new studio album, the first to feature vocalist Ozzy Osbourne since 1978′s ‘Never Say Die’, next year. The foursome are also currently in rehearsals for a new tour.

Guitarist Tony Iommi confirmed the news to the Birmingham Mail, revealing that he and Osbourne met this past June to write material for a new album, which he says is scheduled for a 2012 release. “I think the stuff we’ve been writing is really good,” he states. “It’s more back to the old original stuff.”

Fans have been clamoring for a full-fledged Sabbath reunion ever since Osbourne was fired in 1979. The band — Osbourne, Iommi, bassist Geezer Butler and drummer Bill Ward — did get together in 2007 to headline Ozzfest, and mounted several other tours after that, even recording a pair of new songs for 1998′s ‘Reunion’ live album.

But Ozzy soon returned to his ultra-successful solo career, then Iommi and Butler formed Heaven & Hell with Ronnie James Dio, the first singer to replace Ozzy in Sabbath. The band released an excellent studio album, ‘The Devil You Know,’ and had much success on tour, but Dio’s death in 2010 once again left Iommi and Butler without a frontman.

Well, they seem to have found the best possible man for the job now, and Iommi reports the hardest part was keeping Ozzy quiet as the secret plans formed: “It’s all been very hush-hush. Ozzy’s been the worst at trying to hold it back… he told me ‘I don’t know what to say.’”

According to the unofficial Black Sabbath website Black-Sabbath.com, Tony Iommi’s memoir, Iron Man: My Journey Through Heaven and Hell with Black Sabbath will be released in the U.S. on November 1. It will debut in Europe before then, on October 13.

Publishers Da Capo reportedly paid a six-figure amount at auction for the rights to the 352-page book, which was described as “Angela’s Ashes meets The Ground Beneath Her Feet meets Spinal Tap” by Peter McGuigan, who completed the North American rights deal for the memoir.

Iommi has, until now, been reluctant to open up. In a recent interview with Guitar World magazine, Iommi explained how his autobiography came together.

“I had a chap called T.J. Lammers, who I met many, many years ago when he used to work at Phonogram Records,” Iommi said. “He later became a journalist and he had his own magazine. He lives in Holland and we’ve stayed in touch over the years. I’ve had a few people say, ‘Oh, I can write a book for you,’ but I wanted a different outlook to the normal music journalist, and that’s what happened. He came over to England and stayed with me for a few days. Then he’d write it up, come back again and do more. The whole thing took a couple years to finish.”

Will it be different to the usual rock bio? “I don’t know!” Iommi says. “I don’t read rock biographies, so it could be the same, it could be different. It’s just my life, really. I’ve been meaning to do it for many, many years but never got around to it.”