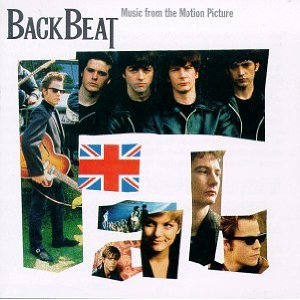 A musical version of the 1994 movie Backbeat is set to open at London’s Duke of York Theater in October. The original movie tracked the birth of The Beatles from their early days in Liverpool to their formative gigs in Hamburg, Germany. It also detailed the romance between the band’s original bassist Stuart Sutcliffe and German photographer Astrid Kirchherr.

The stage version premiered, low-key, in Glasgow in 2010, but it’s now set for a West End theater run.

According to producer Karl Sydow, “It will allow people the experience of being at the birth of The Beatles. It tells a story that many music fans may not know, set to a musical backdrop that absolutely defined the early ’60s. Next year will mark 50 years since The Beatles released their first single, and I am proud to be bringing their early days to life in [London’s] West End.”

The soundtrack for the movie Backbeat was possibly even better than the film. Dave Grohl, Thurston Moore and R.E.M.’s Mike Mills all played on the Backbeat soundtrack, covering The Beatles’ raw versions of “Twist & Shout,” “Rock & Roll Music,” “Long Tall Sally,” “Please Mr. Postman” and more.

This entry was posted on 08/04/2011 by The Day Tripper. It was filed under News and was tagged with Beatles, The Beatles.